The origin of cooperatives on the territory of the present Czech Republic dates back to the second half of the 1840s. As in the neighboring countries,  the emerge of cooperatives was closely connected with the development of capitalist relations of the production and the development of the market economy. This on the one hand lead to an increase of production, on the other hand causing that "the poor became even poorer." In defense against the increasing economic pressure in an effort to improve their miserable status of the most affected layers (Urban workers and peasants in the countryside) attempted to organize themselves into self-help organization - based first societies based on self-help, solidarity and mutual assistance.

The main motive of the first formation, in consumer associations (consumer cooperatives) was the defense against usury traffickers in selling basic necessities of life.

Team Czech tradition derives from 1847, when it was founded in Prague, "Prague Food and savings association." The activities of the first team on the territory of the present Czech Republic do not have a lot of information preserved. It is known that the Prague Food and savings club was, moreover, as the name implies, an original squad with a multi-purpose activities. Members of the team have deposited their savings and thus resulting capital goods were purchased daily needs. Its membership consisted mostly laborers and craftsmen. The text of the Articles of Association of the Prague food and savings association indicates that the pattern has not been established rochdalského team, but rather were affected by similar organizations in neighboring Germany. 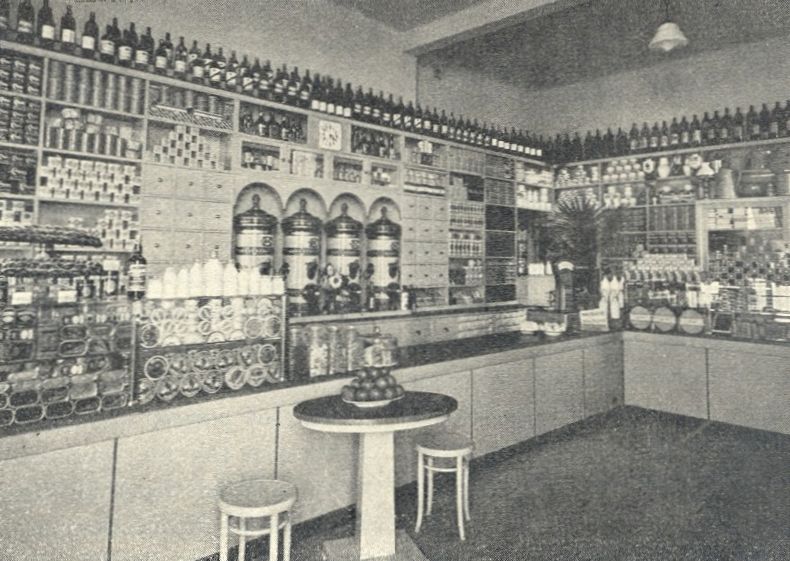 After Prague the food and Savings Association was founded the same year association with similar activities in Liberec and in 1848 was one more food club in Prague.

Another report on the establishment of consumer cooperatives refers to 1857, when it reported the establishment of the association "OUL" in the TMA in the Beroun. A year later the food club "Castle" in the thumb at Kladno. Considerably more information is retained by the association "Bee" in Stašova near Zdice. The association was founded in 1861 by local laborers and cottagers and was at that time quite good fundamentals - Members passed on shares total to 300 gold. Evidence of the prosperity league said it was the fact that three local traders had to close their shops. Stašovská bee disappeared in 1884 after 23 years lasting quite successful existence.

Foraging societies were founded also in Moravia. There are documented for example in Brno Nutrition Association and the auxiliary box office, founded in 1864, and a year later the association work.

In the second half of the 60s of the 19th century underwent a Czech consumer cooperatives specific development. This period is linked to the JUDr. František Ladislav Chleborád, politician, economist and quirky promoter of cooperative self-help. Unfortunately, most associations formed under the influence of his idealistic notions of the cooperative movement ended in failure. Bad experiences meant for many years, then decline in the creation of consumer cooperatives. It was not until the end of the 80th and especially the 19th century brought back 90s revival and the emergence of dozens of new cooperatives.

Essential for the operation of cooperatives, including consumer, should release the cooperative Act in 1873, which gave them a legislative basis.

The first headquarters of workers' cooperatives for mutual coordination and to protect the common interests was founded in 1908 on the initiative of the then Social Democratic Party under the name Central Union českoslovanských However, in consumer, manufacturing and marketing cooperatives in Prague.

Creation of an independent Czechoslovak state in 1918 opened a new development stage for the cooperative movement.

The first years after the end of World War II were associated with rapid natural growth of consumer cooperatives.

In terms of a functioning market economy has been cooperative self-help consumer interest organizations with democratic governance, which in its activities applying traditional cooperative principles.

A very important place in the economic activity of consumer co-operatives held a Velkonákupní company Cooperatives (VDP), which was a major supplier to the cooperative food and industrial goods. At the same time gradually built throughout the territory of former Czechoslovakia their production site. One of its largest manufacturing companies were factory for the production of margarine and cosmetics and detergents at Nelahozeves near Prague.

Velkonákupní company was founded in 1908 and very humble beginnings has grown in the 20s and 30s of the 20th century into a mighty velkonákupního headquarters nationwide. Its storage and production facilities in Prague were among the most modernly equipped in Central Europe.

According to data from the State Statistical Office was in the early 30s of the 20th century in Czechoslovakia in 1474 consumer cooperatives, which had 910,705 members and 4,952 stores.

Importance of consumer cooperatives mainly reflected the economic crisis in the years 1929 - 1935 in its extensive support for the unemployed and strikers.

Excise cooperatives in the period 1918-1938 has created an extensive and thriving even though very fragmented industry. 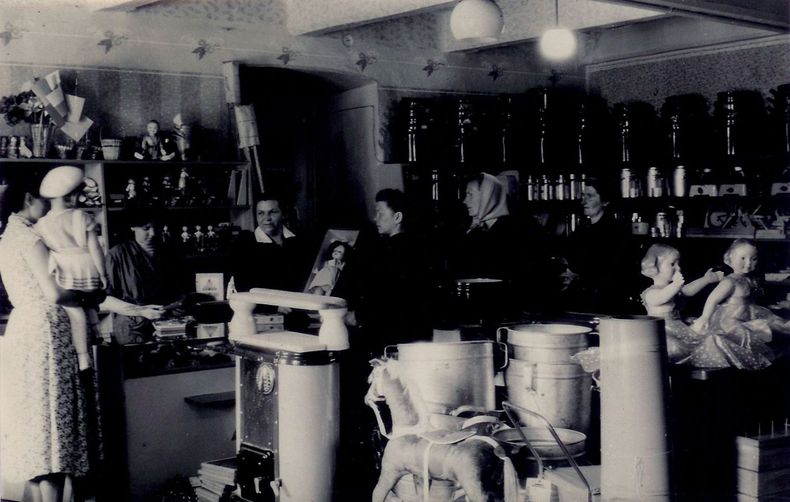 World War II and the occupation of Czechoslovakia

The Second World War and the occupation of the Republic crackdown meant to cooperative action. Cooperatives have been subordinated to the needs of the Nazi war economy. On curtailed in the Protectorate of Bohemia and Moravia were cooperative and their headquarters forcibly unified into occupiers created by unions and headquarters. Consumer cooperatives and their organizations were thus forced to concentrate in the Union of Consumer Cooperatives for Bohemia and Moravia. In cooperatives and collectives were putting the German government commissioners and administrators. Any infringements were prosecuted strictest punishments. Hundreds of members, officers and employees of consumer cooperatives paid for their participation in the resistance with their lives.

After six years of occupation, they embarked on a recovery team members to war-ravaged national economy.

Experience of the pre-war period, is led to believe that the primary task of achieving unity of the cooperative movement is the establishment of a unified headquarters of the cooperative movement. Already in May 1945 on behalf of all existing credit union laid the foundations for the creation of a single cooperative organization - the Central Council of Cooperatives. Special committee developed a URD Act, which was passed in August 1945 to the Minister of Labour and Social Care. Its approval was not until three years later and has been for a very different political situation.

February 1948 marked the end of democratic development. By virtue of the URD from 24.7. 1948 became the Central Council of Cooperatives - Urd - top organizations united cooperative movement, whose membership was compulsory in the URD. For each sector URD has set up separate departments.

Subsequent developments in the 50s of the 20th century brought a general gross violations of law and distortion, which deeply affected the activities of cooperatives. Reorganization under the "scenario" drawn up by the Central Committee in 1952, sought to transform URD and cooperative organizations of the executive authorities to fulfill the tasks imposed by the state in a directive. Cooperatives have been systematically deprived of entrepreneurial initiative and purposefully abused.

The postwar development of consumer cooperatives intervened in 1949 - 195O socialization of Commerce and in 1950 the decision of the CPC bodies to adapt the organization of consumer cooperatives political constitution of the state. In the first stage originated tzv.SELPA the union in each district (the model of the Soviet model was co-operators from the beginning, strongly disputed and finally confirmed the fact that the structure was for Czechoslovak conditions completely unsuitable). In the next stage, formed in each district consumer cooperative called Unity. These interventions doom original team with a long tradition in natural regions. As part of the reorganization enacted in 1952, was forced to hand over consumer co-operatives in cities virtually all of its stores state trade by the end of 1952. It was thus "delimited" 15683 prosperous urban stores. Since the state took over the trade cooperatives 5920 mostly unprofitable rural stores. Excise cooperatives became a trading system supplying mostly rural. Significantly changed the number and structure of retail establishments. The scope of consumer cooperatives included the production of food, especially bread and meat production. The socialization of private inns in the country and taking over the restaurant from municipal undertakings consumer cooperatives began to build from scratch a new area of ​​activity. Another innovation in their work also became purchase of agricultural products.

In 1952 he was appointed Central Union of Consumer Cooperatives in Prague (USSD), and in regions of the regional associations. There was a complete dependence of all organizational levels of consumer cooperatives to organs and apparatuses of the Communist Party. Cooperative democracy was suppressed, the work of elected bodies became formal, were not respected cooperative ownership. 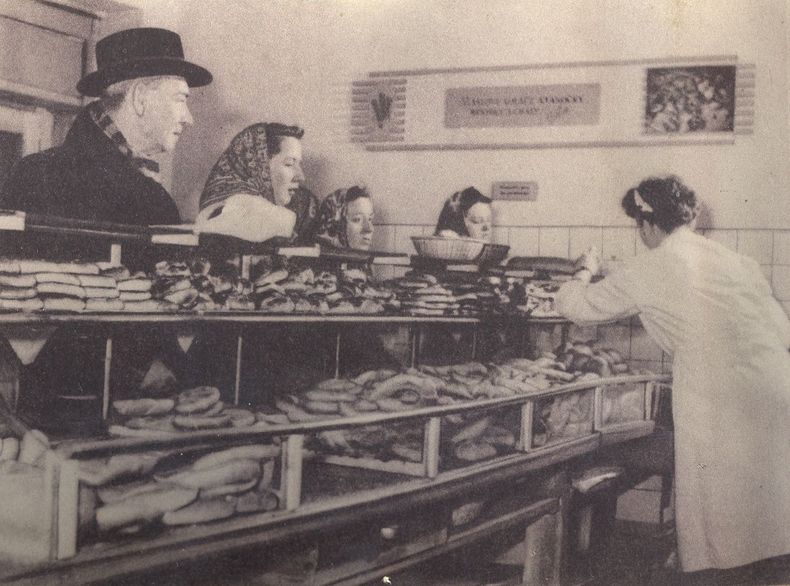 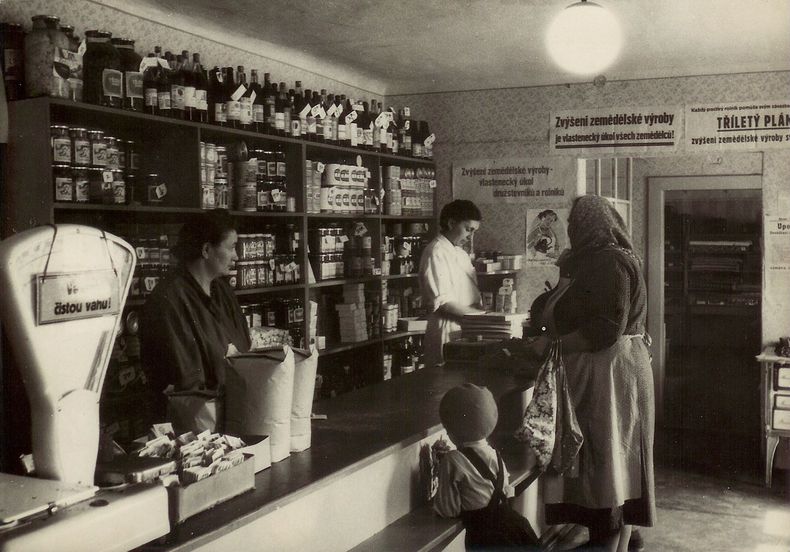 Greatly destructive interference in the activities of consumer co-operatives meant in 1958 transfer of a wholesale network to the public sector on the basis of resolution no. 200/1957. Despite the opposition and resistance cooperators had to be handed over to the "United wholesalers' 48 cooperative wholesale businesses with 199 regional houses, which had 647,000 square meters of gross storage area.

Deformation of consumer co-operatives that have taken place in several stages between 1952 - 1960, stemmed from the theory of cooperative ownership and entrepreneurship as a lower form of socialist property. Only in the years 1964-1969, in the framework of the implementation of the new policy of planned management, leads to attempts at renaissance character and activities of consumer cooperatives. In early 1964, he gained consumer cooperatives again able to establish in their cities, shops and restaurants, and began to compete with state business. Promoted in the concept of improving sales culture and level of business services, extensive reconstruction and modernization of the store network, construction of shopping centers and department stores as well as sequentially. Self-help actions in modernizing business network team members worked several million voluntary hours, thereby contributing to the reduction of investment costs, adjustments and repairs. Proven form of supply for the population in remote areas have become mobile stores.

Consumer cooperatives started business in the field of tourism. In 1964, the cooperative was established travel agency Rekrea, a purpose-built facility of the Central Union of Consumer Cooperatives. The building material and technical basis to assist other utility companies such as USSD. 'Promotional company, Business Project, Cooperative supply company, Mykoprodukta and more. In 1967 it was re-founded and Velkonákupní company teams. The systematic training and education of a new generation of cooperative workers began to set up vocational schools.

January 1968 brought some changes in the policy of the Communist Party and gave a new perspective for solving accumulated problems of social life and the national economy. Action program of consumer co-operatives then presented the concept of consumer co-operation and its role in a democratic society with a market economy beginning. To implement the Programme of Action, however, occurred after 1968. Its makers were hit hard, along with dozens of officials, executives and ordinary workers in most organizations of consumer cooperatives. As a result of a federal Czechoslovakia became the successor of USSD for the Czech and Moravian cooperative Czech Union of Consumer Cooperatives. In the following decades there was again a further negative manifestations of the totalitarian period. As a result of extensive modernization of material-technical base increased indebtedness of consumer cooperatives and hampering their own business activity. In 1981 he had to be handed over to the state trade wholesale fruit and vegetables, was unjustified consumer cooperatives in the production areas deprived of the opportunity operatively to purchase fruit growing and vegetable products from local sources. Team autonomy was increasingly curtailing. 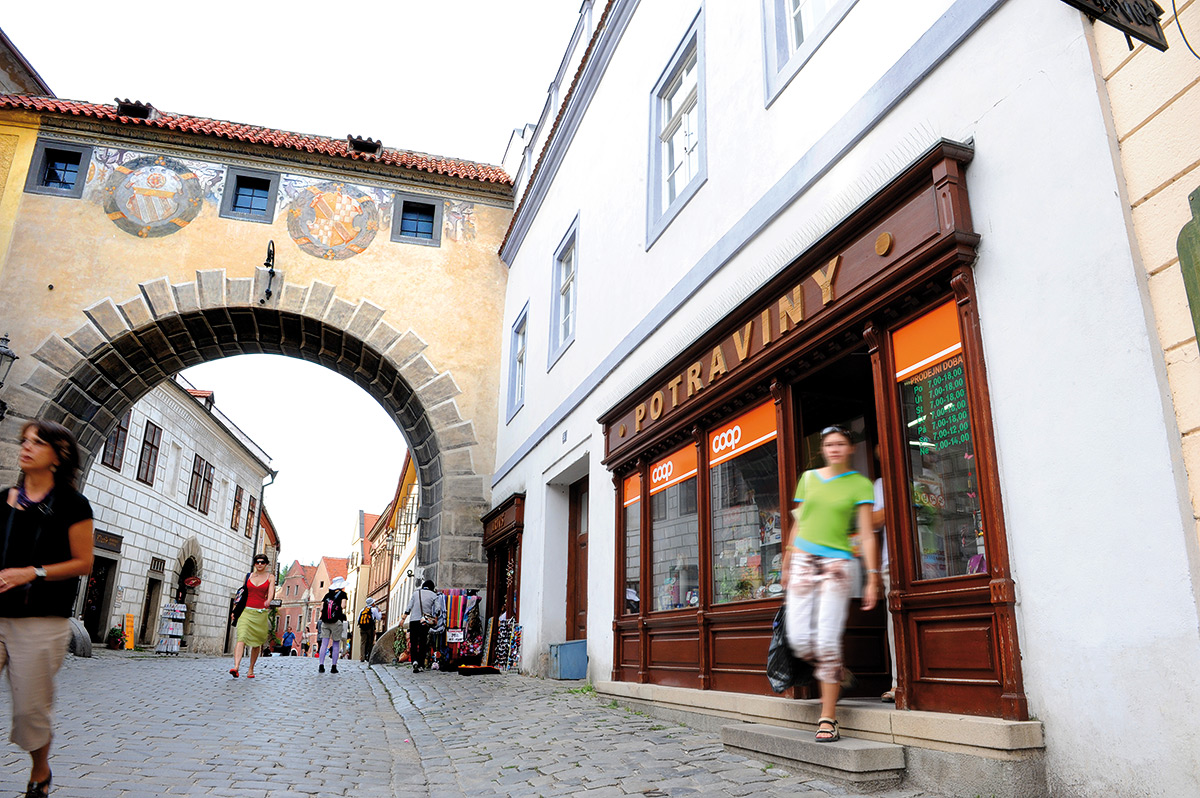 COOP is internationally used brand name of consumer cooperatives, which began to emerge in the mid-19th century in England and then in other European countries.